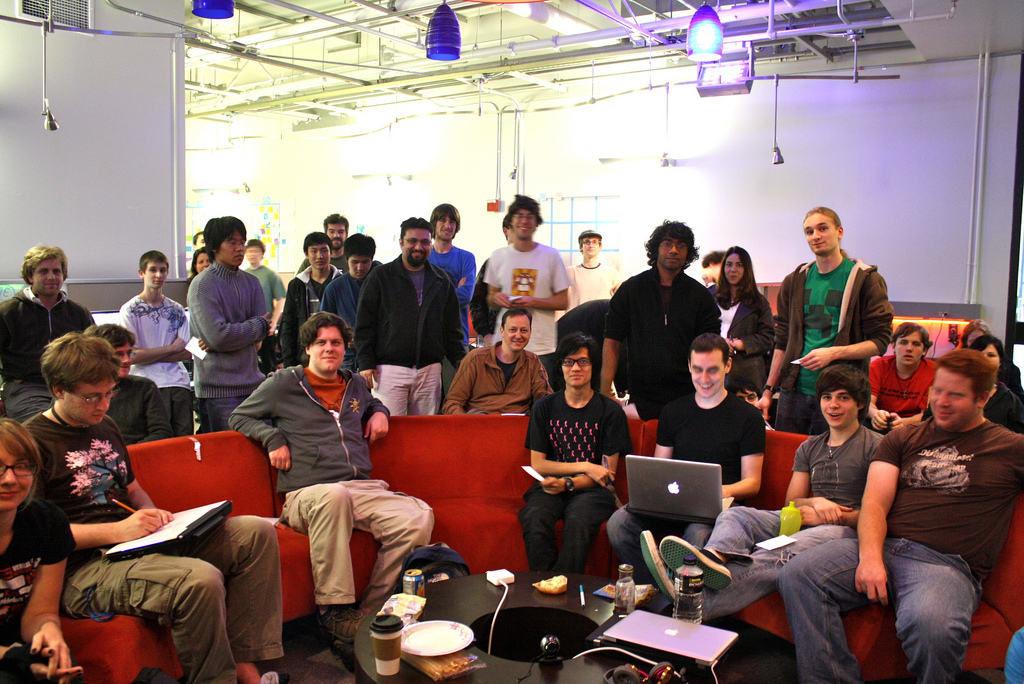 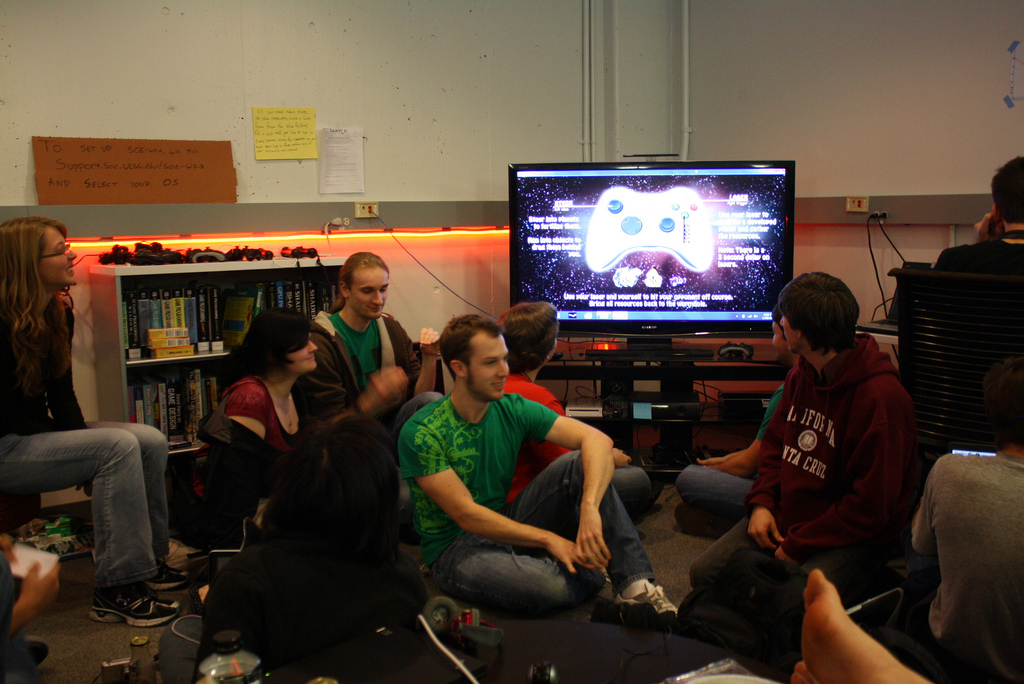 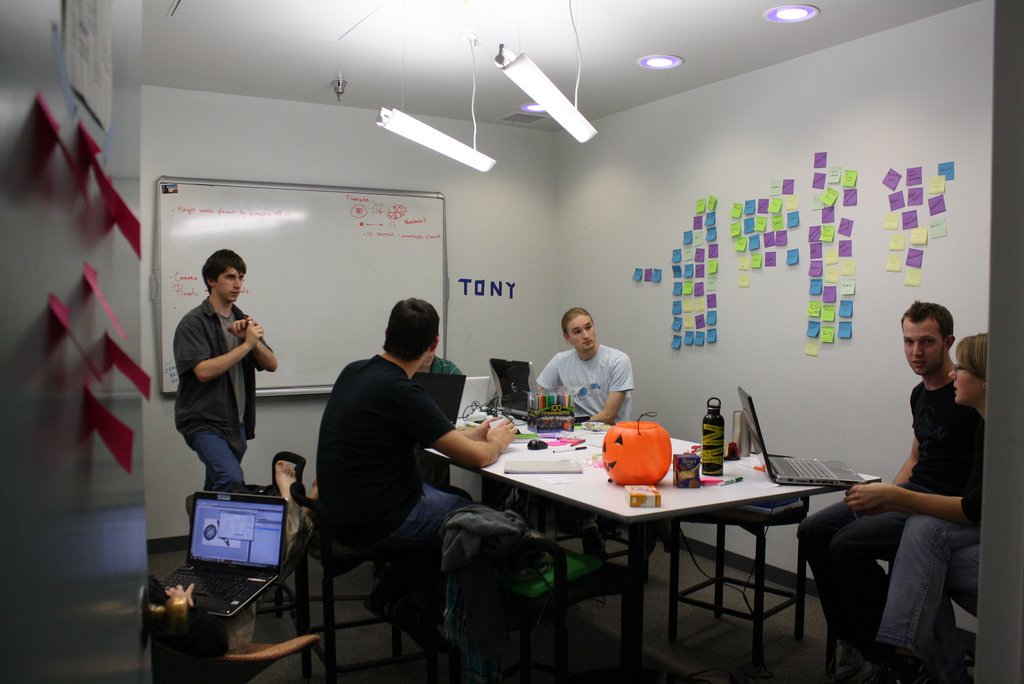 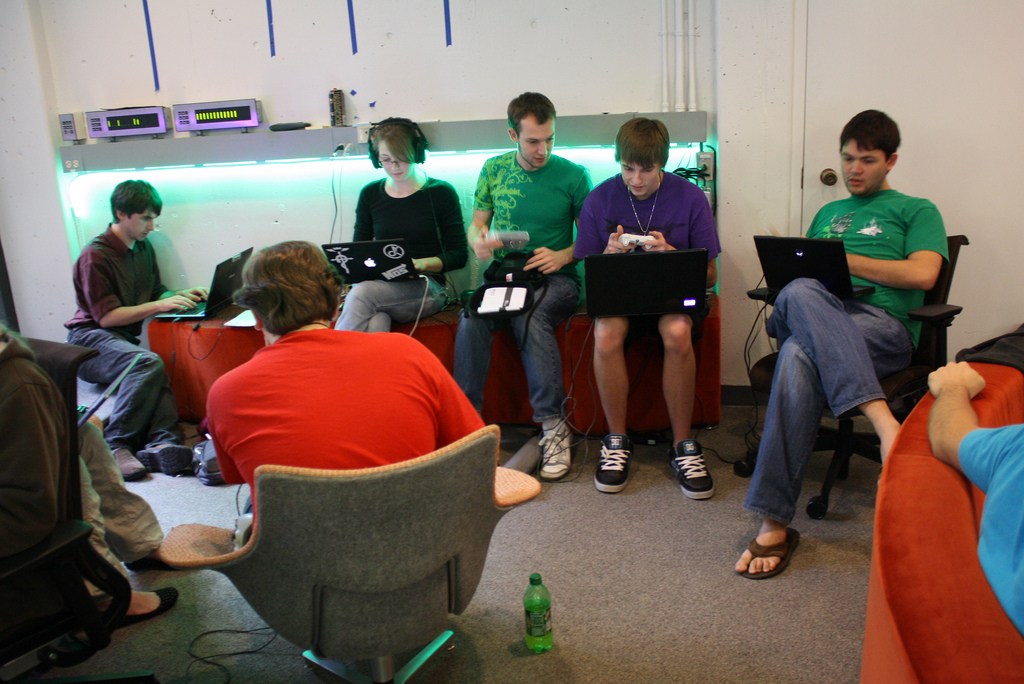 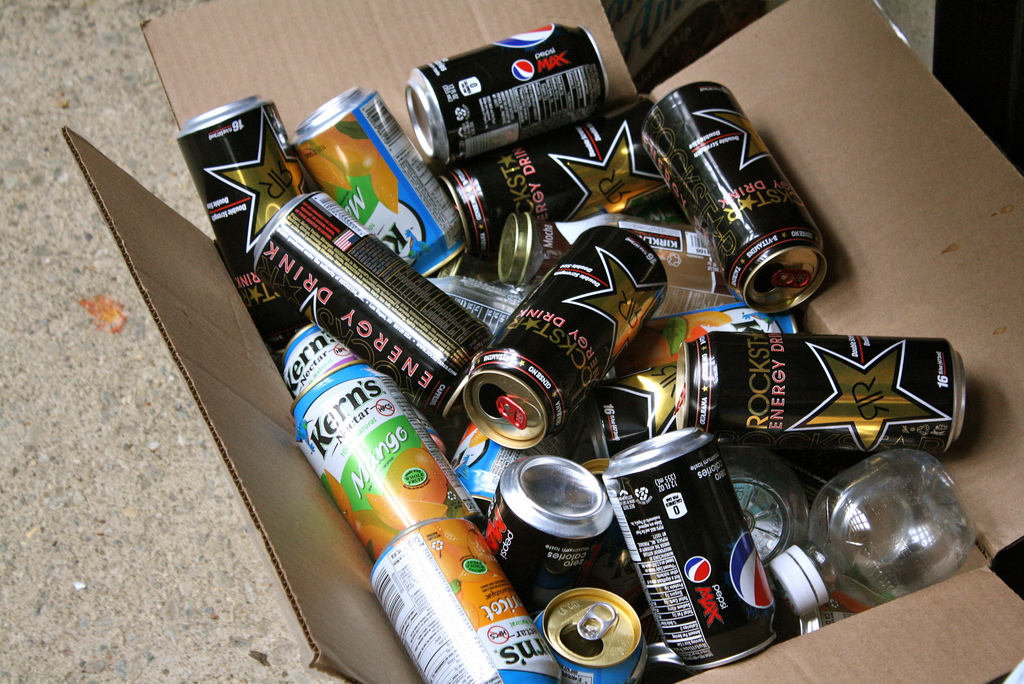 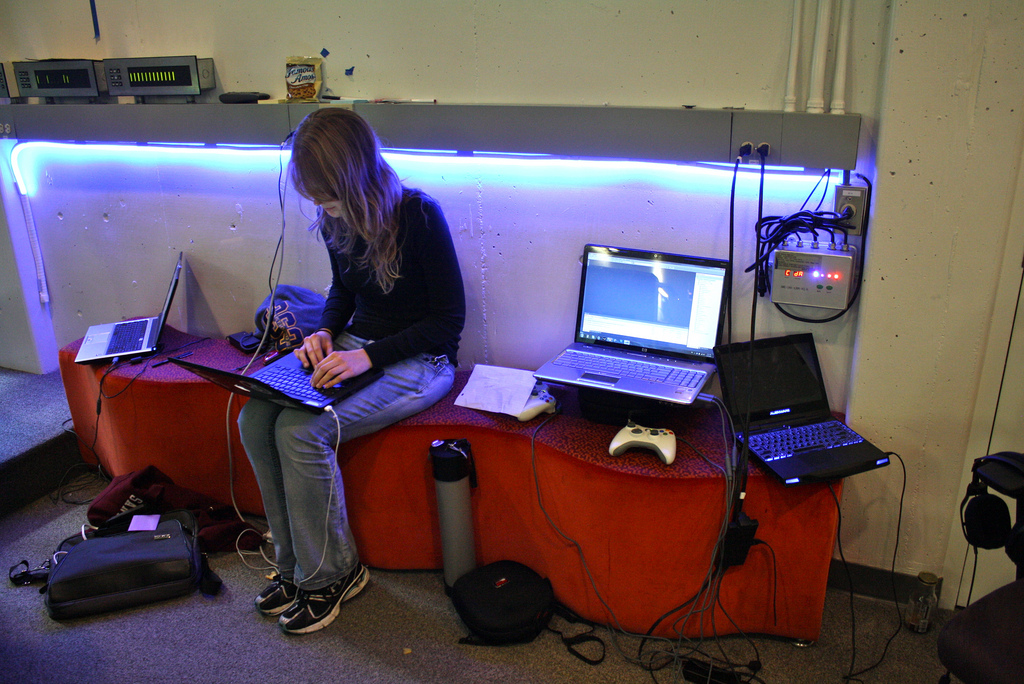 The global game jam is an annual 48-hour game jam that started three years ago. I participated in the jam last year and it was an amazing experience. Sadly, we only had one programmer and three artists (never suggested!) so our game was under developed, but I still value the experience I had with everyone in Santa Cruz and around the world.

This year, I decided that I did not want to participate because of homework and exams I needed to study for. When I went to visit my jamming friends a few hours after the start to see how they were doing, I ended up getting “sucked in.” The creative, exciting atmosphere was a lot more appealing than sitting in my room reading about narratives and studying C++. I ended up joining a group of five coders and two artists (me being one of them).

This is a high level list of the design process over the 48 hours.

I am not the greatest coder and since we had five coders on the team, I decided to stick with artwork during the development of the game. During the first evening, I listened and contributed to the design idea. Once an idea was decided upon, I created a list of art assets that would be needed for the game. The other artist and I split up the list in a way that our art styles wouldn’t conflict: she would do all the planets and I would do everything else.

The first night I finished the resource sprites that the player would end up collecting and I worked with some online tutorials to make a realistic space background for the title page.

The second day I finished the ship sprite, title screen, controls screen, menu screen, and helped the other artist with design questions for the planets. I also created any assets the coders mentioned while they were coding like a progress bar, laser charging bar, and added controls on the controls page. I also finished working on some basic sound effects with I grabbed from the internet and modified with Audacity. I was going to compose a song for the game, but nothing came to me.

The third and final day, we all got up early to finish the code. I finished up last minute tweaking of the sprites and created huts and cityscapes that would appear as the planets developed. I also designed a sun for the center of the solar system since the other artist became sick. I coded in the sound effects and contacted a good friend of mine for some background music.

Our game received an amazing response from the audience (other jamming teams) and even some of the members in our team. Since our team worked so flawlessly together, we were able to get a game out and almost polished within 48-hours, including 8 hours of sleep a night. We were all surprised at how well and how quickly were were able to develop the concept. Our organization and teamwork definitely showed in the final game and the response from the audience. At the end of the presentations, we were presented with the audience choice award for the year with a whopping 37 votes over the 17 votes for second place.

Overall, I am incredibly proud of every member on my team as well as everyone else that participated in the Global Game Jam this year. So many amazing games and concepts were developed in these 48-hours and I am hoping that many of these ideas will be released into the indy game market. I am definitely looking forward to Global Game Jam 2012.

For more information about the Global Game Jam, visit:
http://globalgamejam.org/jam